The scale of the financial damage to crypto investors last year was colossal. Not just from FTX International going under but also the rest of them: Three Arrow Capital, Celsius, Genesis, Gemini, Voyager Digital, and BlockFi.

The Bitcoin price still hasn’t recovered from the ongoing streak of crypto bankruptcies, although it deleted some of the losses from the FTX fiasco. Over crypto exchanges, BTC kept taking steep discounts all year. Every new bankruptcy headline plunged the Bitcoin price lower.

There’s no telling whether the most recent Bitcoin price rally to $21K is a breakout or a January bull trap. Meanwhile, last year’s insolvencies continue to unravel in bankruptcy and criminal court.

Bankruptcy lawyers said Wednesday that FTX has found $5 billion in liquid assets. While under house arrest on a $250 million bail bond, Sam Bankman-Fried began blogging on Substack on Jan 12. He wrote in a post entitled “FTX Pre-Mortem Overview” that:

“In November 2022, an extreme, quick, targeted crash precipitated by the CEO of Binance made Alameda insolvent.”

Sam Bankman-Fried wasn’t some unregulated cowboy on the digital frontier. Satoshi Nakamoto was. SBF was, in fact, a political megadonor who nurtured cozy relations with the U.S. regulatory regime.

Furthermore, the TradFi attitude toward finance that plagued crypto last year is exactly why we need crypto. Bitcoin is supposed to fix this. So are other open-source, peer-to-peer ledgers.

At the close of the year, Bloomberg Businessweek published a sequel to its Oct 2022 long-form presentation, “The Crypto Story.”

The follow-up piece was about Sam Bankman-Fried and the Alameda FTX foibles. The story is entitled “How Not To Play The Game.” The article deftly diagnoses the problem of TradFi imports to crypto:

“You might find yourself building out a snazzy user interface and a fast, clever trading algorithm, because those are fun and profitable things to do, but you might find yourself neglecting the accounting department, because that’s boring. You might get really good at attracting customer money, with your snazzy interface and your sense of fun, but also really bad at keeping track of the customer money with your lack of accountants and your sense of fun.”

Crypto is fundamentally a no-nonsense, hard-money, anti-Wall Street industry. But the TradFi bros turned it into Wall Street’s evil twin. They created a parallel crypto menagerie of financial shenanigans and accounting horrors:

“One imperfect but useful way to think about crypto is that it allowed for the creation of a toy financial system. There was already a regular financial system, a set of abstractions and procedures… And then crypto came along with a new set of stuff to do finance to.”

The way “How Not To Play The Game” tells it, the government was not at play in this game. But that is not exactly the case. The article itself advances some of the evidence against this characterization.

Because in it, the author tells about how “crypto” businesses resold the worst excesses of Wall Street as crypto products. These bad business ideas did not originate on Wall Street in a vacuum. They happened with the permission and even the support and design of regulators:

“This game was played by young people who came from the world of traditional finance, from banks and hedge funds and quantitative proprietary trading firms, people who already liked finance and wanted to play with a toy version of it they could shape however they wanted.”

Could the picture be any clearer? Crypto’s bubble was not driven by the humble miner running their ASIC rigs. It was driven by these Wall Street entrants who brought along with them the heavily regulated Wall Street’s reckless financial culture.

What else should investors expect from any substantial interventions by the government into crypto markets but more misaligned incentives and unintended consequences? 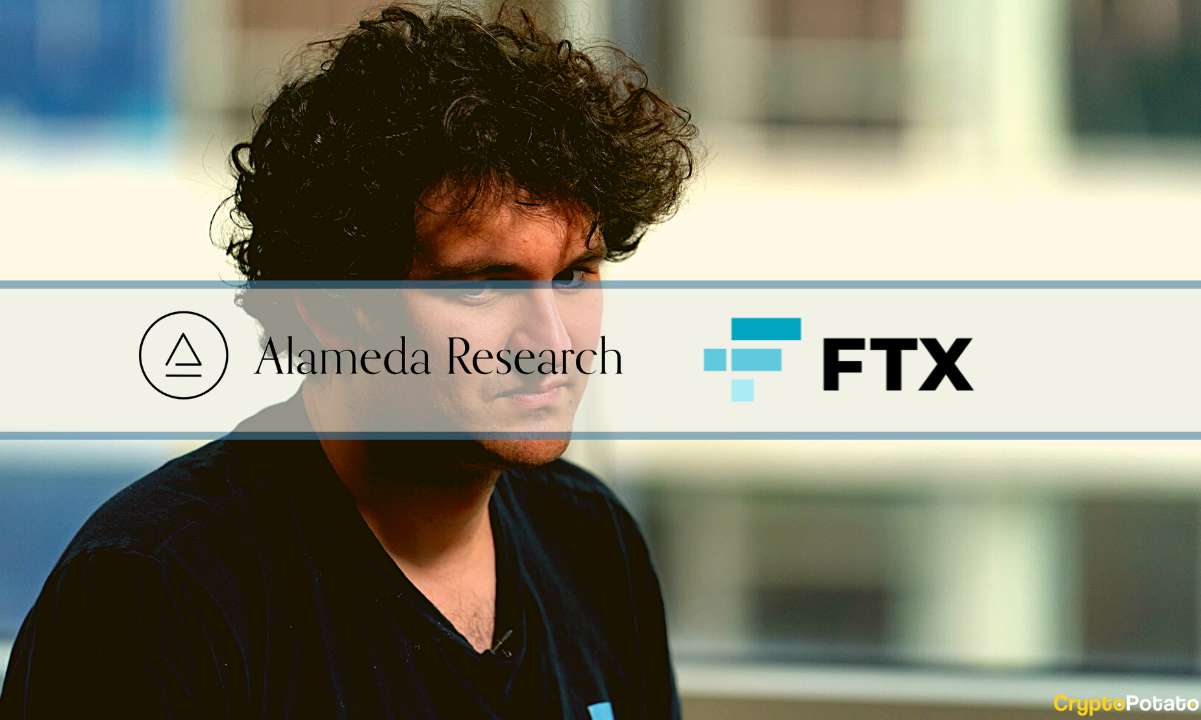 It was the U.S. financial regulatory regime that allowed the Dot Com bubble in 1999 and 2000. Regulators let people trade dot com stocks with huge market caps for glorified home pages.

The advocate itching to regulate cryptos looks and sees that 91% of altcoins from 2014 are now defunct and sees a reason to pass more rules for cryptos.

But they want regulation from the same authorities that incentivized the Dot Com bubble. They conveniently forget the track record of regulated securities performing the exact way that the crypto sector did in 2020 – 2022. For example, they ignore the Dot Com companies that spent hundreds of millions of dollars on their way to bankruptcy.

Moreover, it was regulators asleep at the wheel in the housing savings and loans crisis. That created a real estate and financial bubble from 2005 until 2007. By 2008 it had shaken the entire world economy into recession.

Wall Street giants, with close regulatory partnerships with the government, invented mortgage-backed securities as an exotic fixed-income derivative for big financials to sell back and forth to each other.

By 2007 the chickens had come home to roost. Housing prices began to crater. At that point, the regulated traditional finance sector’s involvement with the bubble was beyond insane. It was unethical.

Berkshire Hathaway’s Warren Buffett and Charlie Munger would call it decadent and immoral. Well ahead of the housing bubble’s inevitable crash, Buffett and Munger warned about it.

In 2005, they considered the residential real estate bubble and the destabilizing effect of hedge funds on financial markets to be the biggest threats to America after a nuclear terrorist strike.

How Did Regulation Prevent The Above?

It was on the U.S. financial regulators’ watch that these crises formed. And it was in traditional finance companies that were compliant with regulation if not directly responding to regulatory incentives.

The damage done to investors and household finances lasts to this day. The U.S. Treasury estimates the housing crash cost the economy $19 trillion in household wealth.

Furthermore, it is the SEC that allows algorithmic trading logjams, arcane derivatives, and insane leveraged trading. That TradFi mess dressed up as “crypto” and made a ton of money while damaging many people’s finances. So that doesn’t make what FTX did the same as what Bitcoin created the crypto segment for.

Crypto is supposed to be a movement toward financial sanity, propriety, and honor. While the traditional finance world was going through the shocks of 2000 and 2008, so much for regulation, the world was blissfully unaware that Bitcoin would be one answer to solve the problems of finance in our modern, connected, global world.

It was inevitable that forces of reaction would appropriate the good reputation and glamor of cryptocurrencies like Bitcoin. But these so-called crypto projects that conduct the funny money business as usual are counterfeit crypto, not the real thing.

What Happens When Crypto Gets Cozy With Government and Regulation

The crypto businesses that went under worst of all were those with the most government influence.

There were, of course, many reports that SBF was very active in U.S. federal politics after the FTX collapse. The non-profit group, Open Secrets, which keeps track of public federal election donation records, reported in November:

“Sam Bankman-Fried, the founder of the cryptocurrency exchange platform FTX, was a darling in some Washington D.C. policy circles. He proselytized for digital assets in testimony on Capitol Hill and gave more than $990,000 to candidates plus an additional $38.8 million to outside groups this election cycle, making him the sixth biggest individual donor of the 2022 midterms.”

Before the fortunes of Alameda-FTX turned, SBF had planned to give over $1 billion to support his chosen candidates and issues in the 2024 elections.

The Winklevoss brothers and their Gemini exchange are also very cozy with Washington. Like SBF, they bring the big finance mindset to crypto and are very active in lobbying and talking to regulators. Their advice to Mark Zuckerberg back when Facebook was working on Libra was:

“Work with regulators. Talk with them. You know, we definitely went through the front door, and we tried to educate the regulators and shape the regulation in a thoughtful manner because if you get the regulation wrong it can stifle innovation, but the right regulation allows for innovation to flourish, and we think we have achieved that right balance with New York.”

So there have been plenty of reports of the involvement of these businesses with regulators. But has anyone drawn the connection that the TradFi regulatory mindset is what caused the insolvencies?

Crypto’s ethos is that it doesn’t need special treatment and protection. It doesn’t need regulatory entrenchment to thrive. Crypto thrives on openness and freedom, not barriers and regulation.

Bitcoin’s community hopes its great-grandchildren will use the money and that it will be more valuable than ever. It’s a currency started by a borderless, nationless online community. So it doesn’t see its future resting on TradFi government regulation. It sees its future in the code working as is.

Cryptocurrencies are something that can be subject to government regulation. Government can make laws outright banning crypto, as China has. But crypto is not an agent of the government.

Companies, even private companies, are agents of the government. They register with the government, ostensibly comply with its regulations, and pay taxes out of payroll and profits.

While a cryptocurrency platform or its monies may be an object of government action, they are not a subject of government. They are more like commodity goods (like gold or oil) that way than like joint stock corporations.

Cryptos like Bitcoin are not constituted the way private, and public companies are. They are simply software scripts and databases of information that serve the platform’s users.

Bitcoin’s origin is not in regulation but in code and a market economy. A market economy is regulated automatically and naturally by its realities and the self-direction of its participants.

Meanwhile, crypto companies like FTX or Binance are agents of government and subject to its regulation the day they register with a government to engage in commerce. While Bitcoin and most cryptos are open-source projects, FTX, Genesis, Gemini, Three Arrows, Voyager, (etc.) were regulated private companies.

Now, that doesn’t mean they’re doomed from the start. Binance has remained solvent, and it’s a regulated private company. It’s even buying its rivals that failed in the insolvency crisis.

Many of the world’s most beloved brands and greatest fortunes were created by private and public companies under the direction of government regulation.

But Bitcoin is just one of the amazing new products that represent a complete paradigm shift away from government regulation. It belongs to a paradigm shift called open source, and the open source movement is just beginning to create exciting new possibilities for the world.

In open source, the greatest solutions to age-old human problems will be found in autonomous network governance.

The post The Lesson in Alameda-FTX About Government Regulation and Crypto (Opinion) appeared first on CryptoPotato.