Meet Tatum, a blockchain infrastructure startup that wants to make it much easier to develop your own blockchain-based product. The company operates a platform-as-a-service product so that you don’t have to manage your own nodes and learn how to interact with each client. Tatum is participating in TechCrunch’s Startup Battlefield at TechCrunch Disrupt.

While blockchain development was quite easy at first, it quickly became much more complicated as new blockchains emerged. There are now dozens of different blockchains. Some examples of popular blockchains are Bitcoin, Ethereum, Stellar, Litecoin, etc.

If you want to interact with a blockchain directly, you have to run a client on a server. This is the easy part, as it basically comes down to spinning up a Linux server, installing a package and running this client. Once you have a node up and running, you can query the blockchain, initiate a transaction and run dapps — decentralized applications based on smart contracts.

What if you want to build a product that supports multiple blockchains and multiple cryptoassets? You have to start from scratch again and learn how the client works. Each client has different commands and returns different results.

Some companies have been working on ways to make this easier. For instance, cloud hosting services, such as Amazon Web Services and Microsoft Azure, let you run a managed node so that you don’t have to manage the cloud server that runs the client. But they don’t support a ton of blockchains and you still have to become a blockchain expert.

Other companies go one step further. They run a node for you and let you interact with the node using API calls. Interacting with the blockchain feels like using the REST API of your favorite SaaS product. For instance, Alchemy or Infura makes it easier to get started with Ethereum development.

Tatum’s differentiating factor is that it isn’t limited to Ethereum. You can use the exact same API calls to interact with multiple blockchains. When you know how to send assets from one wallet to another using Tatum, you know how to do it across 20 different blockchains.

“Blockchain is like the internet in 1997. We’re trying to bring the developer experience that developers have today to the blockchain space,” Tatum co-founder and CEO Jiri Kobelka told me.

With Tatum, developers can basically code once and deploy everywhere. For instance, if there’s a new blockchain that seems more effective for your smart contracts and you want to build the next version of your decentralized app on this new blockchain, you can reuse parts of your code base.

Tatum doesn’t want to make a bet on a specific blockchain; the startup considers itself blockchain agnostic. Developers can build crypto wallets, exchanges, NFT marketplaces, NFT in-game assets, decentralized identity products and more. There are 10,000 developers using Tatum right now, and the startup can see that more and more people are interested in NFT-related projects, as they represent 60% to 70% of Tatum’s usage right now.

Kobelka has a background in banking infrastructure. “I’ve spent over 15 years in banking as a technical core banking expert,” he told me. That’s why the team has developed a built-in compliance engine. This way, you can accept customers in different countries and comply with local regulations depending on the location of your customers. 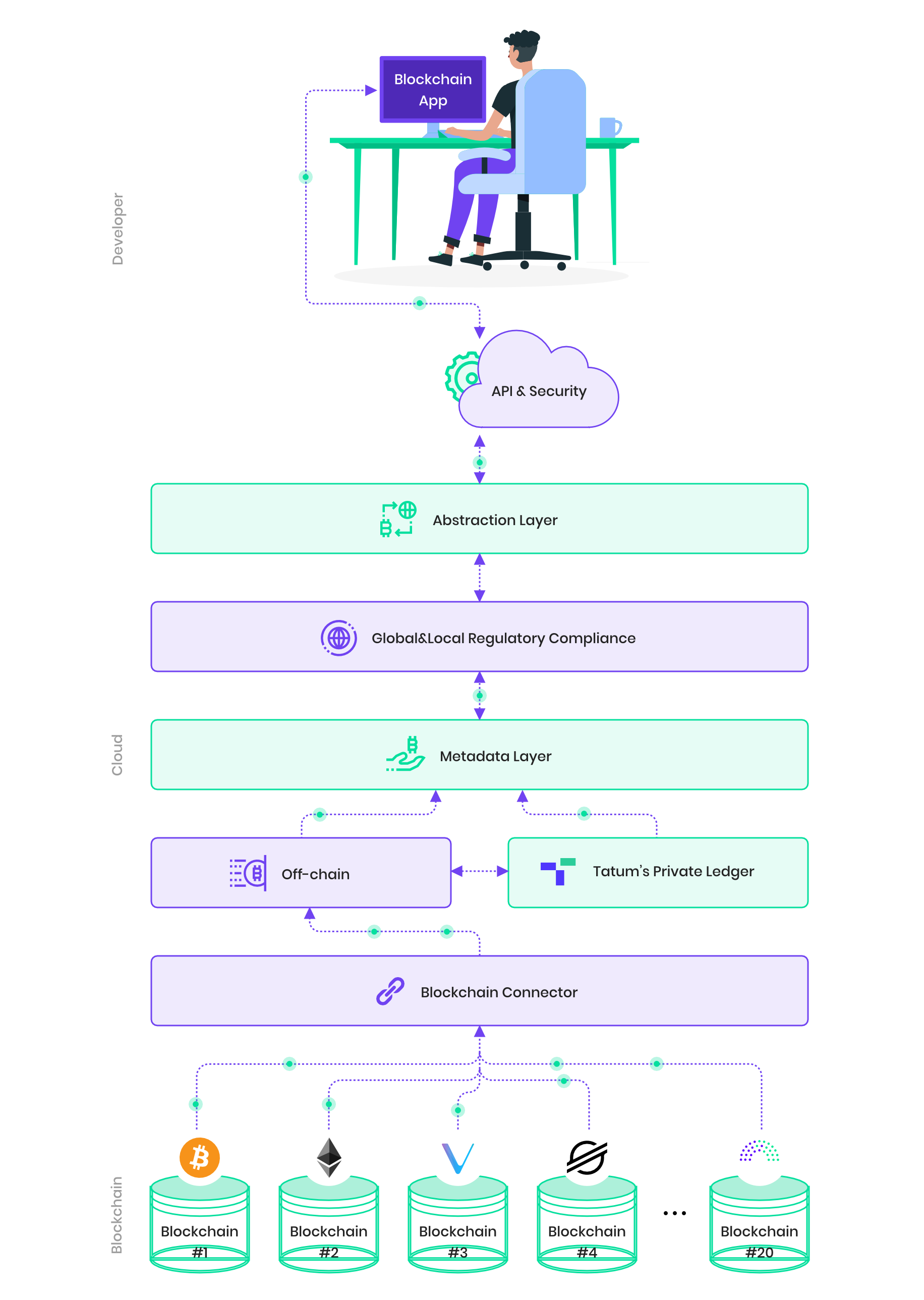